Ace Travel Services Kefalonia: We provide a broad range of travel services on the island of Kefalonia... 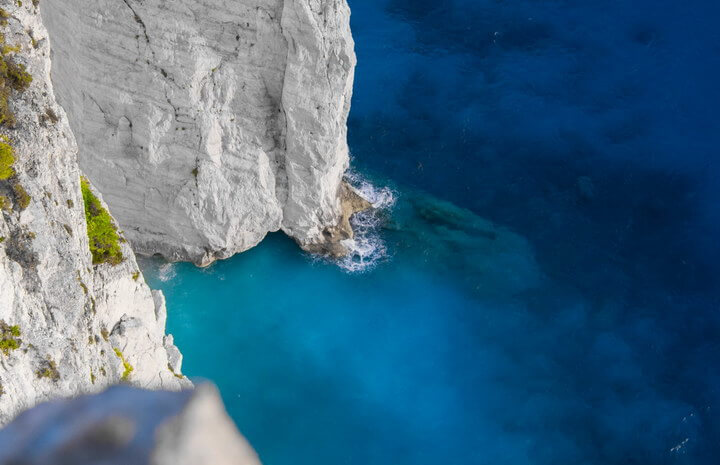 Surrounded by azure, clear waters, rugged mountains and hillside villages all offering a more traditional style of tourism. Kefalonia has been attracting visitors for centuries and continues to ignite a passion in all who visit.

Kefalonia is the largest of the Ionian Islands, which includes Corfu and Zakinthos. Kefalonia is 786.6km2 and home to the 3rd largest mountain range in Greece, Mount Aenos. The island is especially green even in the summer months due to its high rainfall during the winter months.

Kefalonia has mentions in many Greek mythological tales especially with the figure Cephalus, who was gifted the island, after helping Amphitryon of Mycenae, hence the name, Kefalonia.

Some of the biggest archeological finds on the island date from the Mycenaean era dating between 1500 – 1100 BC. You can still visit these areas such as the Mycenaean Tombs located in two parts of the island, one near Mazakrata and the other near Poros.

In the later years, Kefalonia was home to Romans between 2nd and 4th Century.

During the Middle Ages, the island was under the rule of the Byzantines as part of the Kingdom of Sicily until Count Leonardo Ill Tocco was defended by the Ottomans in 1479.

The Turkish rule on Kefalonia only lasted until 1500, when the Venetians beat the Ottomans and took the island. The Venetians had a large impact on the island not just by building the old capital, St Georges Castle and Assos Castle but also by the influence in the general building style of Kefalonia.

When Venice was conquered by France in 1797, the island came under French rule until 1809 when Great Britain enforced a blockade on the islands in the war against Napoleon. Soon Zakinthos fell under British rule and shortly after both Kefalonia and Ithaka surrendered. In 1815, the Treaty of Paris recognized the Ionian Islands under British protectorate and Colonel Charles De Bossett (a Swiss engineer employed by the British Army), became governor of Kefalonia. During his time of the island he designed and built the Drapano Bridge in Argostoli.

After several skirmishes between British soldiers and locals, the Ionian Islands were given back to Greece as a goodwill gesture in 1864 by the British backed Prince William of Denmark, who became King George, the first of the Hellenes.

During the Second World War, Kefalonia was occupied by the Axis powers until 1943. The majority of soldiers on the island during the 2nd World War were Italians. In September 1943, the armistice of Italy concluded and the German forces on the island captured and executed the 5,000 remaining Italian soldiers.

The book by Louis de Bernieres, Captain Correlli’s Mandolin was based this time and later in 2001 was filmed on Kefalonia.

There are 2 sites on the island where tombs from the Mycenaean period have been found.

The Tholos Tomb is located near to the village of Poros on the south tip of Kefalonia. The difference noted between the 2 types of tombs was the shape. The Tholos tomb has a shape resembling a beehive and is one large tomb as opposed to being several smaller tombs. Also found inside the Tholos tomb was royal stamps, precious stones and jewellery confirming the idea that this tomb is a royal tomb.

Located overlooking the current town of Sami are the ruins from the Ancient Acropolis of Sami, dating back from to the Paleolithic times. It was known to be an autonomous state with its own currency. The area would have a fortress around the town. The Romans took over the town and increased the population of the area and built up various trading routes. The Romans also built more luxurious housing and public buildings including a theatre at the Acropolis.

Situated close to the outskirts of Argostoli, the Cyclopean Walls date back to the 7-6th century BC. According to archeologists the lowlands of this area made up part of the ancient city of Krani. Among the ruins of the city walls there is also the remains of a Doric temple dedicated to the Goddess Demetra.

In the popular resort of Skala, is the remains of a rustic style Roman Villa. Believed to have been built in the 2nd Century AD and to have been destroyed by a fire in the 4th century AD, the villa would have been considered a mansion at the time with access via a small bridge over a stream and more than 6 rooms, which all would have had decorative mosaic floors depicted scenes of sacrifice and rituals.

At the north tip of Kefalonia, in the picturesque village of Fiscardo, you can find the remnants of a Roman Cemetery.  Dated from 2nd Century BC to 4th Century AD, the cemetery has 27 tombs and several different styles of graves and offerings from simple potteries of the time to glass vases and coins. Also nearby, further excavations unearthed a Roman Bathhouse and an Amphitheatre.